On Wednesday 8th December 2021 Year 7 Spanish and French students took to the stage in the main hall to take part in a very exciting, tight and all round enjoyable class Spelling Bee vocabulary competition. The competition was brilliantly attended by fellow students supporting their peers as well as a record breaking number of parents, so there was a great buzz and air of anticipation in the hall. The competition was so tight, that for the first time ever in the history of the Spelling Bee at Denbigh, after numerous tiebreakers, we could not find an overall winner for either the best Spanish or French class due to there being no way of differentiating the scores.  That’s how well the students had prepared and learnt their 50 words!

We are incredibly proud to report this news and would like to congratulate all that took part in this brilliant event and also to give a special congratulations to all the students that spent time learning how to spell 50 new words in Spanish and French. This is a fantastic commitment and shows a great attitude to learning, resilience and work ethic from Year 7 students who are demonstrating themselves to be noble ambassadors of Denbigh High school. 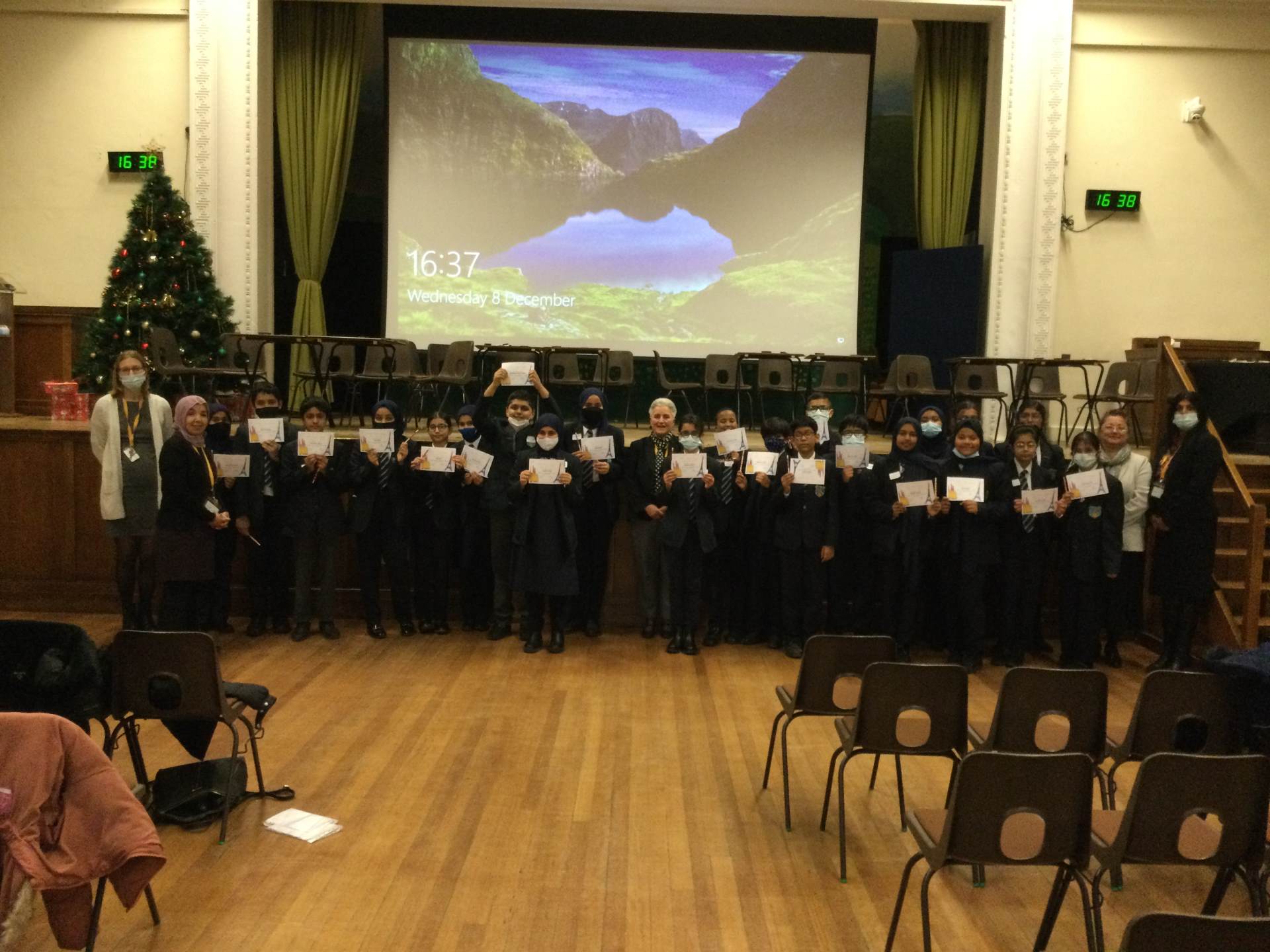 ''When we were at the spelling bee first I felt a bit nervous at first, but after it was our turn and competing with others my nervousness melted away and turned into enjoyment and pride in our class performance. I really enjoyed participating in the spelling bee!” Muntaha 73

"Sitting on the stage in front of people and parents was quite scary. But as I went to get my certificate at the end of the competition I felt a stroke of pride in myself."  Samira 72

“At the start of the competition I was really nervous and not confident at all, but when the competition started I grew in confidence and was not nervous anymore because of all the support the teachers gave us as well as all our friends and family in the audience.” Azran 72