Soldiers of the Empire Competition

In the month of remembrance, we celebrated fallen soldiers of the Empire who lost their lives during the 2 world wars. students came to hear experiences of soldiers from countries including the Caribbean, India and Canada. Soldiers told of their turmoil during the war and their personal experience of war. students were also given the opportunity to create a medal of honour to help increase representation for those who bravely fought for the British army. Medals demonstrated our thanks for their outstanding bravery and commitment. Overall, the history inter-house competition was an incredibly successful event that championed diversity and inclusivity. Many thanks to all house captains who ran the event, and for our excellent history students who took on the role of the soldiers of the Empire. 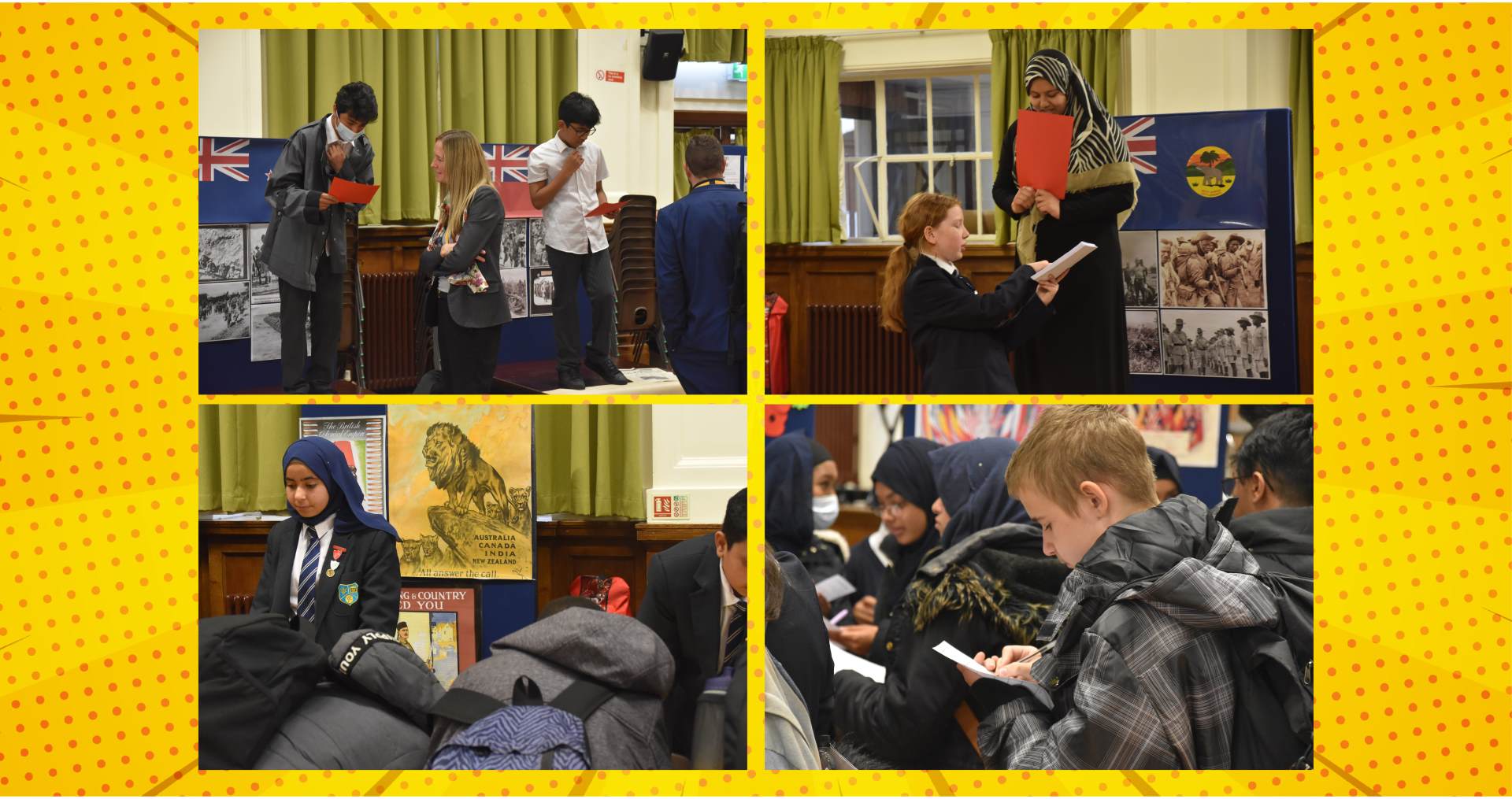