This year is the tenth anniversary of the national Apps for Good programme. This year will be the seventh year that students from Denbigh have taken part in the initiative which sees young people work in teams to create apps to solve a real world problem. During the past seven years, Denbigh students have been shortlisted seven times for the competition, won four national awards in the ‘Digital Explorers’, ‘Accessibility’, ‘Social Pioneers’ and ‘People's Choice’ categories and the school has won the ‘School of the Year’ Award. This year two teams from Denbigh won at the "virtual finals" of the awards and received their trophies at the start of this term. Numerous previous Apps For Good students have also taken part in the Apps for Good Fellowship Programme which gives continued opportunities for pupils to develop their technology, team work and public speaking skills. Habibah Miah's story is highlighted on the Apps for Good website as part of the ten-year celebrations. 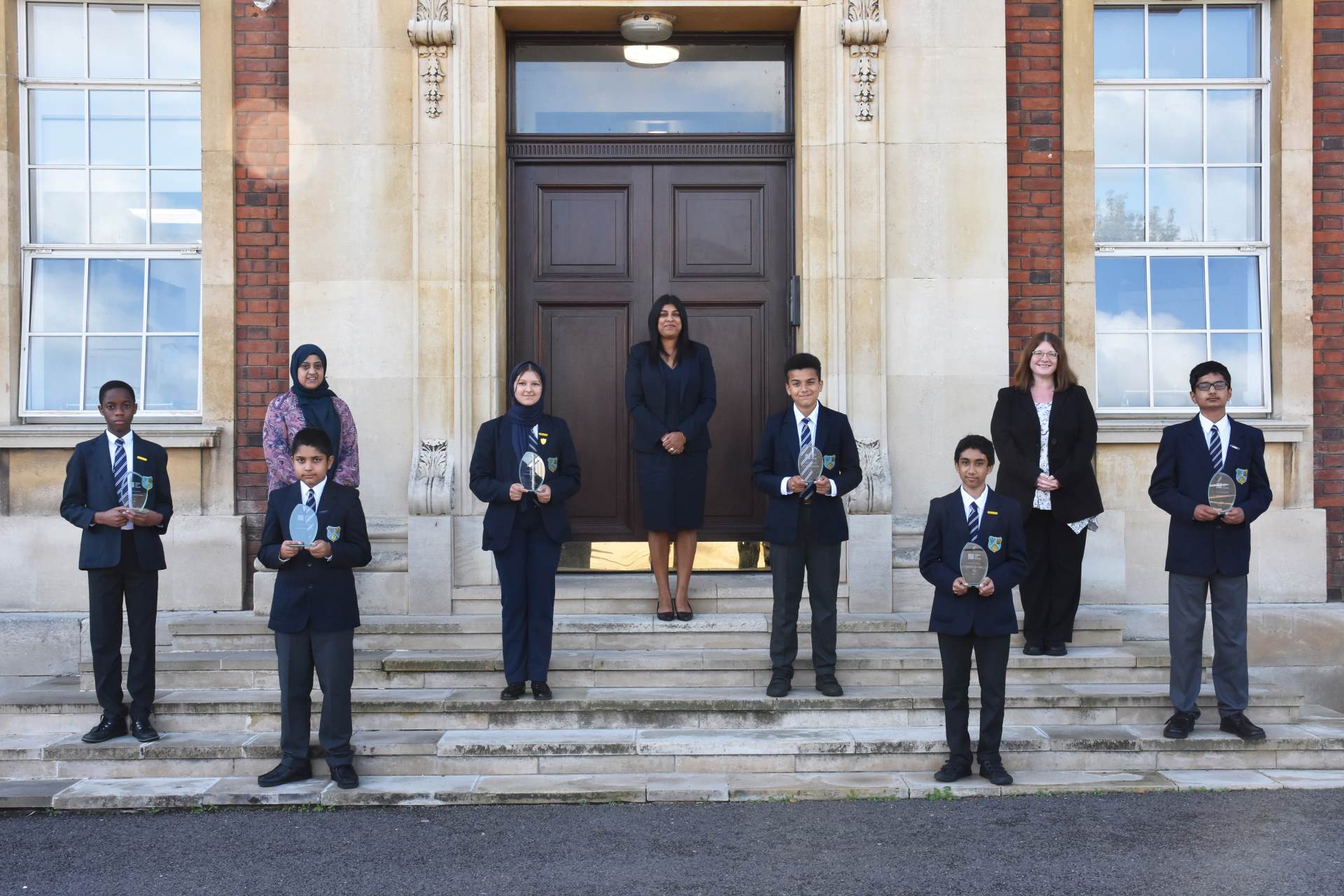 This year's App for Good winners receiving their trophies 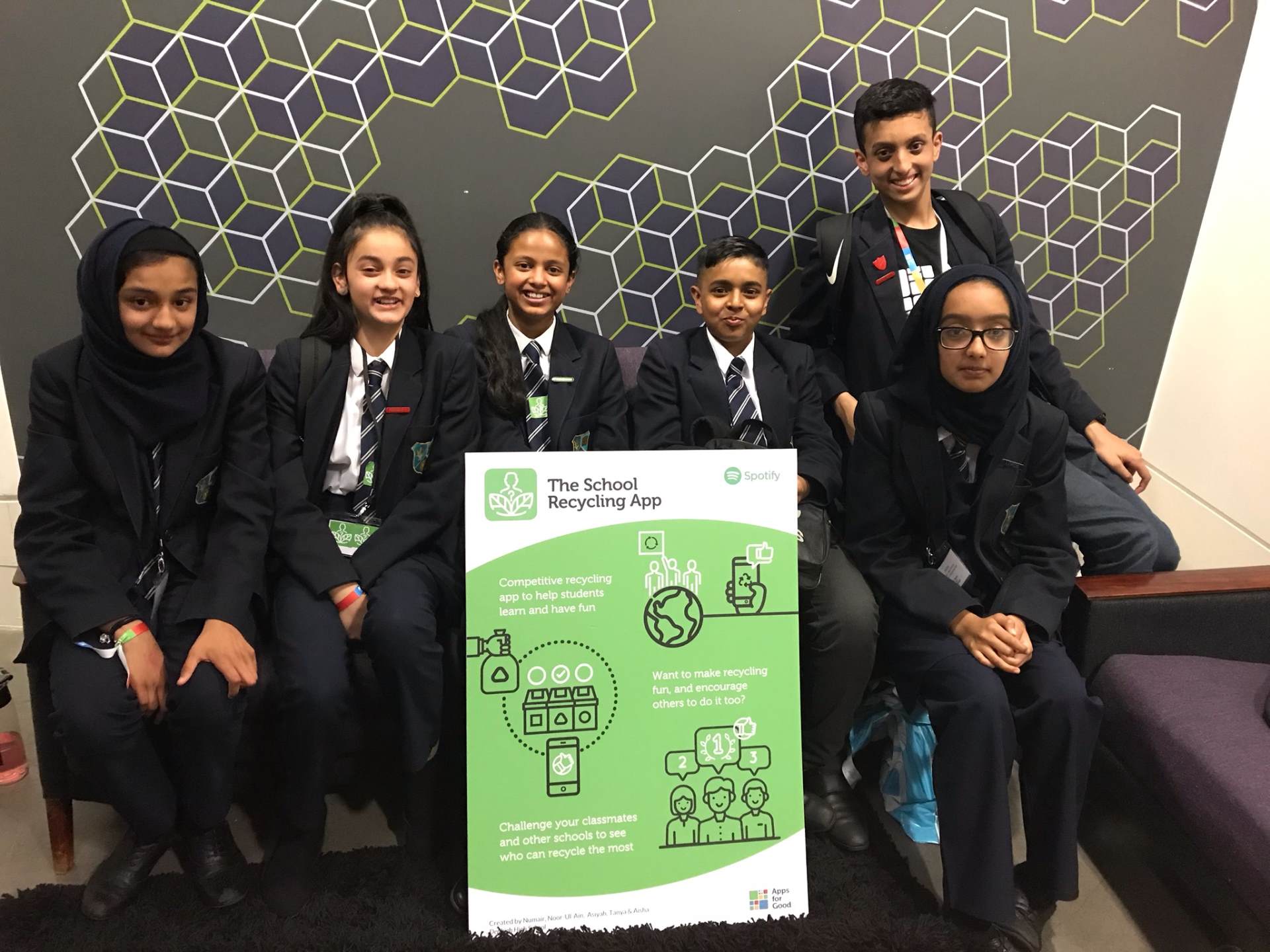 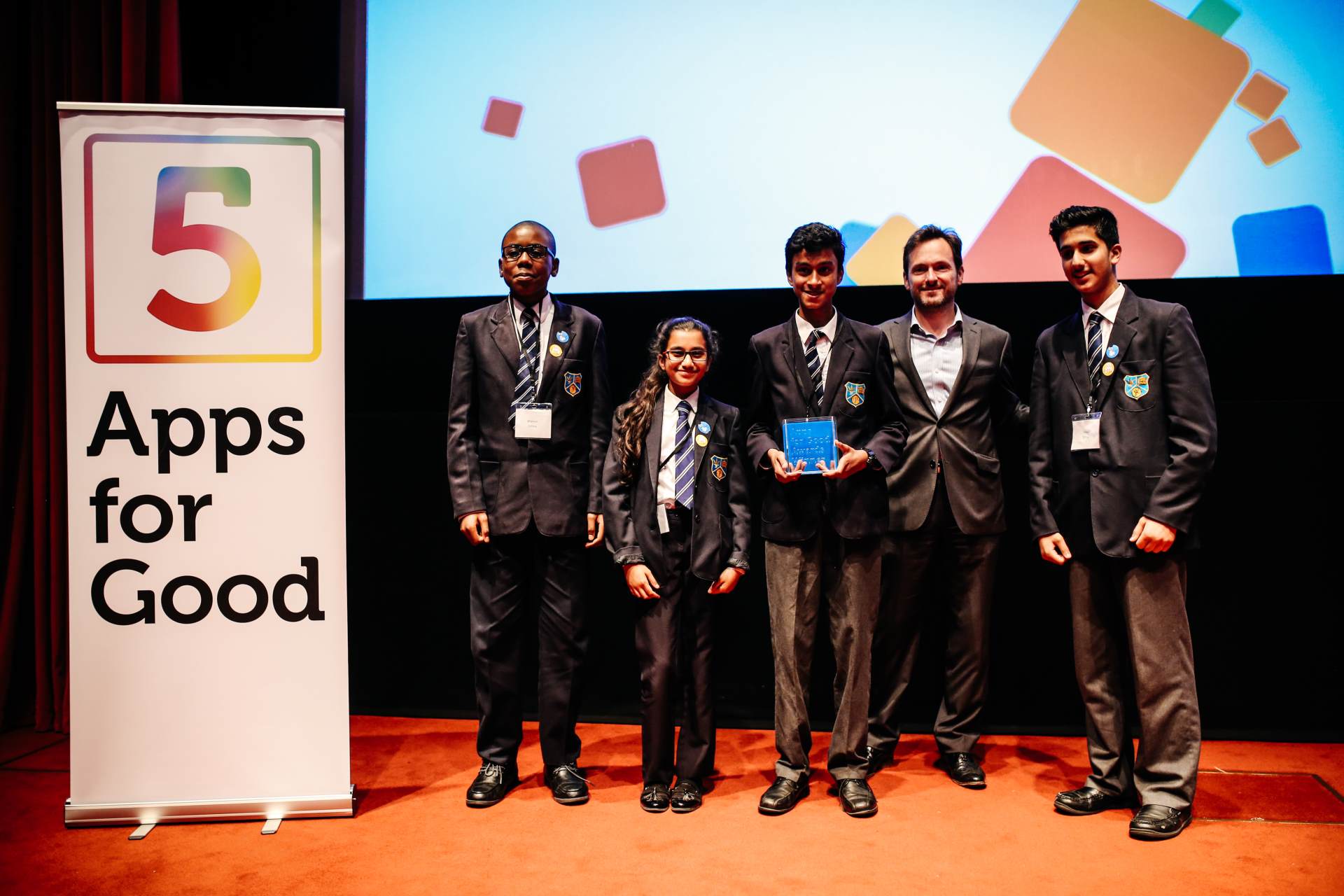